In the last few years the silliness of April Fool’s Day has inspired brands from all industries and from all over the world to loosen up and have a bit of marketing fun.

Here are our five favorites:

1. The Chegg Osmosis Pillow: A revolutionary way to learn while you sleep

Available last year on April 1st, Chegg, the online textbook rental company introduced the Osmosis Pillow. They touted that the pillow would filter the information from any textbook you place under it right into your brain as you slept. From college students to busy marketers – what a dream this would be if it were real!

In honor of April Fool’s Day, a few years ago Mashable and comedian Conan O’Brien partnered to announce Conan’s fake take over as CEO of the company.  They then followed up with a video of Conan resigning from his post. But before the resignation, Conan went to work solving Twitter’s problems with manual tweets. Thankfully, his leadership came to an end sooner than later.

With “Google” making its way into our lexicon as a commonly used verb,  this amusing video pictures a real person on the other end of all of our requests trying to quickly write back with search terms suggestions before we can finish our typing.  Can you type really fast and are also psychic? Google had a position for you to apply to on April 1, 2011.

On April Fool’s Day in 2015, SunLife, the Canadian insurance company, used the beard love trend by offering insurance for protection against “damage, malicious damage and travel cover” to your beard.  This clever hoax not only gets a laugh, but it also does a great job making us think about protecting the more important things in our lives.

Although it wasn’t an April Fool’s Day prank, we need to tip our hats to IHOP’s fake name change to IHOB, to promote its hamburger menu.  Sparking a furor on social media last summer with people calling the name change “a nightmare,” the brand definitely succeeded in getting consumers talking about the company and creating the awareness that the restaurant chain also serves hamburgers! Now we know. 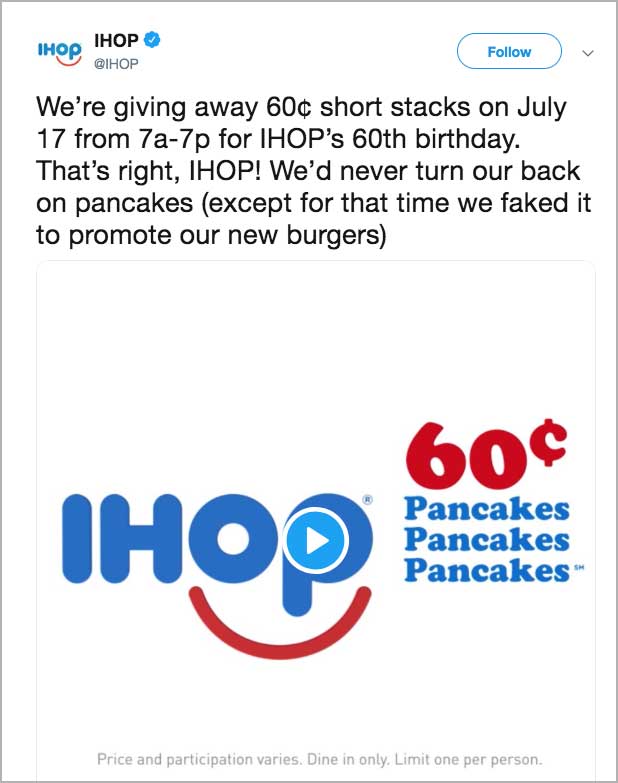 Let us know what some of your favorite April Fool’s Day ads are. If you do, we’ll lend you a puppy.